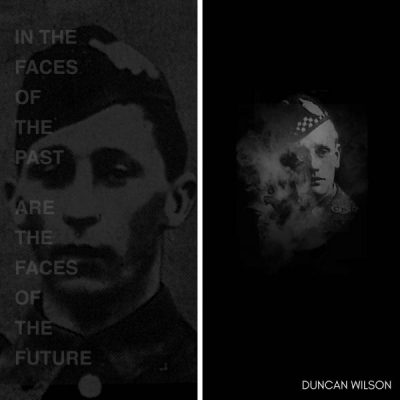 Following the latest funding application round for the Moray Artists Bursary 2019, we decided to speak to those who benefitted from the grants last year to find out more about the impact it had on their organisation and ambitions.

Here, we find out how Duncan Wilson, a visual artist based in Findhorn, Moray, used his funding and how it has helped shape his future plans.

I was awarded £1,500 funding from the Moray Artists Bursary in 2018, to develop a research project in partnership with Professor Jim MacPherson and the history department at the University of the Highlands and Islands (UHI).

Through researching Moray’s military past, I hoped to create a new artwork which would explore the themes of World War 1, masculinity and class. The project and artwork were inspired by a large photographic work I created in 2017, entitled ‘Distant Voices’, where I drew parallels between the young men from Inverclyde who fought in WW1 and the young men living there today. 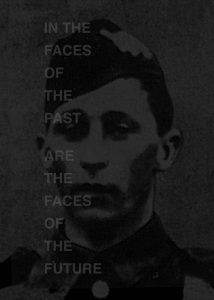 Last year I relocated to Moray from the central belt, a move which made me want to explore this theme further. My end goal was to create a companion piece to ‘Distant Voices’ that would focus on those men from Moray who had lost their lives in World War 1 and the soldiers living in the area who are preparing to fight in conflict today.

As a visual artist I mainly work alone, however, through the Moray Artists Bursary funding I was able to undertake a truly in-depth partnership research project for the first time and explore how working with academics could lead me down new and exciting creative avenues, and consider new ideas.

Throughout the project my focus shifted from what was initially an inquiry into which ‘class’ went to war, through to exploring what it means to be brave, conscientious objectors, and what secrets lie beneath a car park in Aberdeen…

Thanks to the Moray Artists Bursary I was able to continue to work as an artist in a new part of the country, following my move from the central belt. It also gave me the opportunity to connect with the broader arts community in Moray and meet some amazing creative people.

Following my initial research work, I’m going to continue to explore the ideas and creative opportunities this project brought me, with a view to securing future funding to produce and showcase the new artwork I’m creating in my mind.

For anyone considering applying for the Moray Artists Bursary or similar funding opportunities in the future, I’d highly recommend it – not only do you receive monetary support but the encouragement and insight I received from the team at We Make Moray proved invaluable.