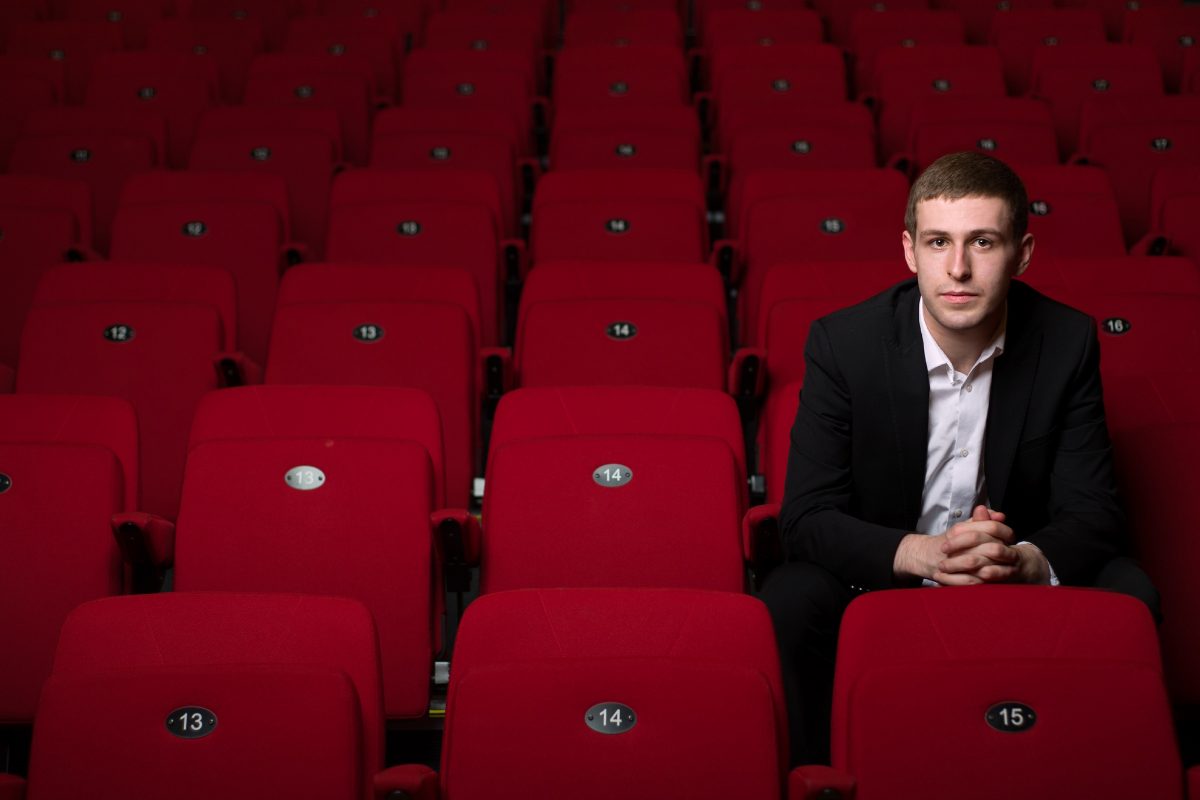 We caught up with musician Ryan MacKenzie ahead of his return to Moray, where he will produce another festive production of Let it Snow in Elgin.

Little did I know when I went for my first piano lesson at the tender of age of seven, with local Buckie teacher, Margaret Mitchell, that music would become a full-time career.  Growing up in a small area, I never imagined I’d end up working all over the world with such incredible artists, but I have so much to be thankful for in my Moray upbringing.

Those early piano lessons led to me picking up the violin at school, as a second instrument. We were completely spoilt by the Moray Council’s music instruction service; I wouldn’t be where I am without the incredible performance experiences John Mustard and his team of teachers gave us over the years.

Although I worked through all my grades in both instruments, I was curious about other styles of music even from that early age, bringing everything from classical to pop and jazz to my lessons. I developed a real love for traditional music, something which Moray is renowned for, and went on to join the Strathspey Fiddlers, playing with them for a few years during secondary school. I didn’t appreciate at the time what an amazing opportunity it was to be part of that community in Moray – it gave me access to a completely different musical culture to what I had experienced in my one to one lessons, and taught me the side to being a musician that we don’t get from reading notes off a page.

I was also playing for my local church every Sunday. These were the best harmony lessons I could have had – I learnt so many fundamentals of music by getting inside those hymns and chorales every week. Everything that I do as a creative musician, be it writing an arrangement or improvising at the piano, has been influenced by this somehow.

During my high school years, I played in a function band and there was barely a Saturday night went by when I wasn’t playing at someone’s wedding or party. Performing at these social events got me playing pop music, of course never imagining that I’d end up working with the likes of Pixie Lott a few years later.

In the last couple of years before going to study at the Royal Conservatoire of Scotland, I played for local amateur company, St. Giles Theatre Group. With them, I had my first experience of theatre. After being the rehearsal pianist for a couple of their shows, they asked me to be musical director for their production of West Side Story. Drawing on this experience, I got involved with the drama department at RCS during my studies, which led to working on professional West End shows and more recently, on tour with Sir Cameron Mackintosh’s long-running production of Les Misérables.

My ethic has always been grab as many opportunities as you can. Everything that I did whilst growing up in Moray has had a huge impact on the music I make.  Even in my career today I’m always looking for new ways to push my boundaries and discover something new. You can’t stop learning – I think we should all strive to absorb as much as we can, wherever we can. The more informed we are, the more we have to say and the more unique and interesting our music becomes. I used to worry that I’d end up a “Jack of all trades, master of none”, but soon realised that everything I do feeds my individual voice as an artist, and all these strands all feed into each other. The wider you cast your net, the more you build up a unique mix of skills which give you a different view from others who do the same thing.

This approach to my own artistry was the inspiration behind recently forming Forte Productions earlier this year. After the response we’ve had to Let it Snow year after year (our fifth birthday is fast approaching, I hope you all have your tickets!), it seemed clear that Moray wanted more of it. Under the Forte Productions umbrella, I’m hoping that myself and my brilliant team can bring this variety, and make a good range of arts accessible in Moray – an area that can sometimes be neglected. In the future, we hope to run regular workshops to help up and coming musicians as well as the wider Moray community get hands on experience. I have several friends who are running similar projects in Moray, so it’s an incredibly exciting time for the area.

Moray is a brilliant place to be as a musician, with so many interesting projects on the go that people can get involved in. Take advantage of as many different opportunities as you can. My playing days as a young, fledgling musician in Moray certainly gave me a solid foundation to build upon when I went off to pursue my career.